You might be asking, "If the movie is nearly done, then why are you asking for money?" Great question, hypothetical person. Allow me to respond - We took things as far as we could with our own time, money, blood, sweat, and tears. All in all we've spent five years and around $7,000 to make the movie we wanted to make. However, these next few crucial steps - color grading and audio mixing  - are beyond our abilities (and finances). For this movie to to really shine, it has to be able to play as well in a surround sound cinema as it does on a TV, laptop, or tablet. So we're bringing in the experts for the finishing touches - and expert work doesn't come cheap. Beyond that, we will be submitting to as many film festivals as we can, and those submission fees add up. We're shooting for $12,500 just to offset our upcoming expenses. We actually are anticipating a much higher bill once all is said and done.

So to cover the costs of making this movie look and sound as great as it can, we're offering some cool rewards for backers who want to support us.

Starting here, every tier includes a digital copy of American Caricature, a digital bonus content package, and your name in the credits of the film! 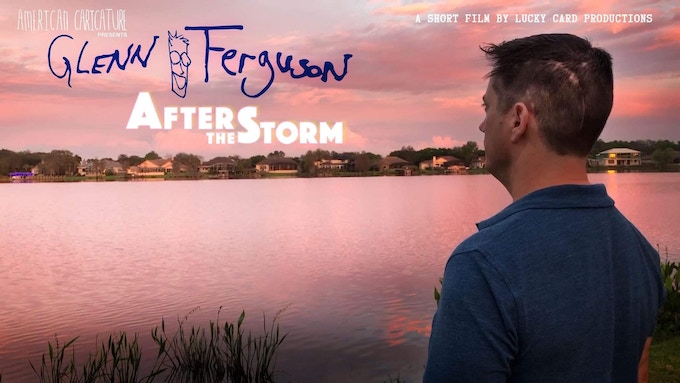 The trauma was severe. After waking up from a two-week long medically induced coma, Glenn was no longer able to walk, speak, or draw. After the Storm chronicles Glenn's physical and emotional struggle throughout his long road to recovery.

After wavering on whether or not to include this story in American Caricature, we decided it was worthy of its own film. Shot over the course of four years, the film is comprised of all new footage and interviews with friends, family, and Glenn himself. As of now, we only plan to release this via this campaign (though that could change). At the $50 reward tier (and each subsequent tier), you will receive a digital copy of After the Storm along with American Caricature.

We're collaborating with a couple of awesome artists from American Caricature to produce a limited edition movie poster EXCLUSIVE to backers of this campaign. We'll share more on that in the coming days, but we're excited about this one! 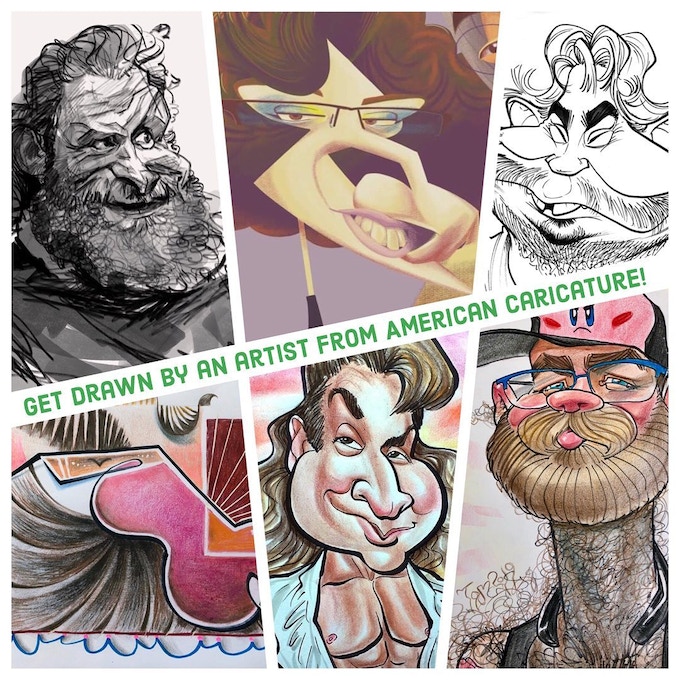 I've asked a few of the artists profiled in American Caricature if they would be willing to do some sketches of our Kickstarter backers, and miraculously, some said yes! Each backer at this tier will be randomly assigned to a contributing artist to be drawn. One subject per order, please. Artwork will be delivered digitally upon completion. This tier includes American Caricature (feature), Glenn Ferguson: After the Storm (companion short), digital bonus content, and your name in the film's credits. Does not include the poster.

If you're seriously committed to investing in American Caricature, here's your chance to invest in the film and get listed as an Associate Producer. Includes American Caricature (feature), Glenn Ferguson: After the Storm (companion short), the limited-edition poster, digital bonus content, and your name in the film's credits.

Be amongst the first to see American Caricature at the event that inspired the film: The Annual ISCA Caricature Convention! Back the film at this tier and you get an annual membership to the International Society of Caricature Artists, a week-long pass to ISCACon 28 in Memphis, TN (Nov  17-22), AND you'll be our VIP guests to the first ever screening of the film on Nov 22 (private to convention attendees only)*. Includes American Caricature (feature), Glenn Ferguson: After the Storm (companion short), limited-edition poster, digital bonus content, and an Associate Producer credit. 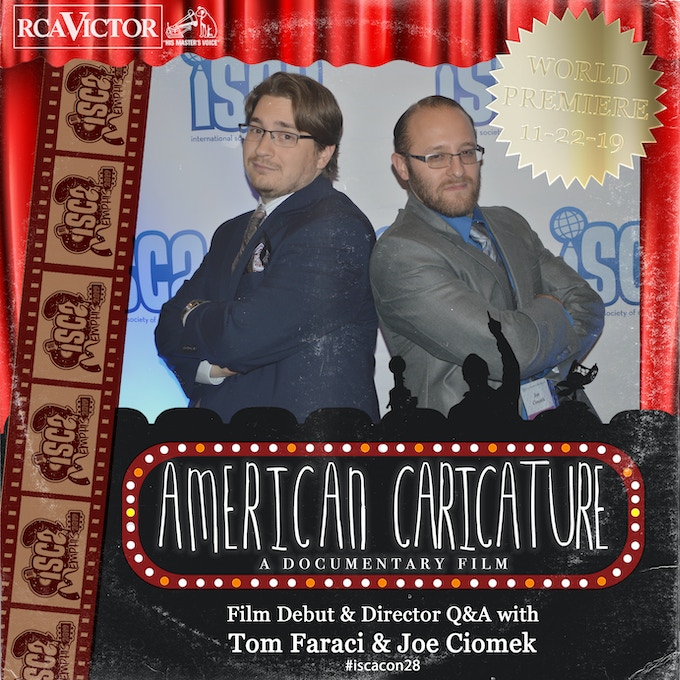 If you really want to throw your financial support behind American Caricature and back us to the tune of $3,500, you'll be rewarded with an Executive Producer credit in the film. You'll also get everything in the previous tiers, including: American Caricature (feature), Glenn Ferguson: After the Storm (companion short), digital bonus content, a drawing by an artist from the film, and the limited-edition poster. You'll also receive an annual membership to the International Society of Caricature Artists, a weeklong pass to ISCACon 28 in Memphis, TN (Nov 17-22) for you and a  guest, AND you'll be our VIP guests to the first ever screening of the film on Nov 22 (private to convention attendees only)*.

*Travel and lodging not included